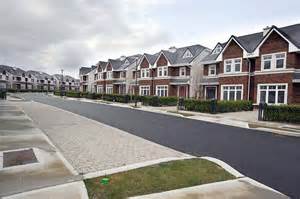 The Central Bank has admitted that its controversial 80/20 mortgage deposit rules will have an “unavoidable” negative impact on the housing market.

The Bank insisted that it sought to minimise any unintended consequences but that “some spillover effects to other areas of the housing market are unavoidable”.

However, Prof Kieran McQuinn of the Economic Research and Social Institute (ESRI) warns of far-reaching consequences of the tough deposit regime.

He warns the measures may result in lower house prices, fewer houses being built and lower levels of mortgage credit being extended.

In a statement to the Sunday Independent, the Central Bank insisted the new mortgage-lending rules were introduced to increase the resilience of banking and household sectors to property crashes and “dampen the pro-cyclical dynamics between property lending and housing prices”.

The Central Bank said it controls only one part of the overall range of policies needed to ensure a well-functioning housing market.

Meanwhile, tens of thousands of young adults will be excluded from buying their own home and will remain trapped paying sky-high rents because the Central Bank’s tough new deposit rules are an impossible hill to climb.

The representative professional body for licensed auctioneers, valuers and estate agents says that the rules must be softened so that cash spent by tenants on rents, which rose by €1,200 in Dublin in 2014, will be acknowledged as proof that borrowers have an ability to save.

IPAV President Pat Davitt told the Sunday Independent that there is a generation of first-time buyers who have been forced out of the market by the Central Bank rules, especially those who do not have the luxury of family being able to help with a deposit.

“This age group is in a particularly difficult situation because by the time they do manage to save, in a market where rents are rising, they could find themselves dealing with higher interest rates in a growing economy, unless policymakers bite the bullet and tackle that issue,” he said.

The mass sell-off at rock-bottom prices of whole blocks of apartments in the capital to investment funds is also contributing to the crisis, says IPAV, which has 800 members across Ireland.

“The issue is a severe lack of supply of suitable properties and a catastrophic failure of planning – planning for a population we knew was growing.

The new mortgage lending limits have been blamed for property prices falling in February for the second consecutive month.

Prices fell by 0.4pc last month (0.7pc in Dublin) after falling by 1.4pc in January. Though the figures come with the caveat that the first two months of the year are generally flat in the property market and many experts say that vendors overpriced property – particularly in the last quarter of 2014 – hoping to cash in on the rush to buy before the end of capital gains tax exemptions at year end.

However, the CSO figures do show that on an annual basis, residential property prices are still up by 14.9pc.

Outside the capital prices are up €12,600 to €165,000 in the 12-month period. The biggest issue is still a shortage of supply of new properties for sale

Data complied by The Sunday Independent. 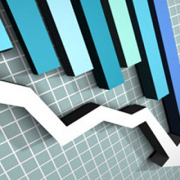 Help needed for those on sky-high variable mortgage rates.
Scroll to top