Over €7.8 million paid out in Kildare in respect of 114 death and Specified Illness Cover claims in 2014.

Cancer was the biggest cause of claims in Kildare with €4.9 million paid out. The illness accounted for 36 of the 68 Life Insurance claims in the county.

The average age of death in Kildare for Life Insurance claims was 62 years and 50 years for Specified Illness claimants.

Commenting on the data Gerry Hassett, Managing Director, Irish Life’s Retail business said ‘The scale of the claims paid in 2014 show once again it is crucially important for people- parents in particular- to protect the financial wellbeing of themselves and their families. Our research has found that over 90% of parents say that their family would have no financial worries, if anything actually happened to them.’

He addded ‘In 2014 we paid out on average €4million a week helping to ease the financial burden at a very difficult time for many families across Ireland.’ 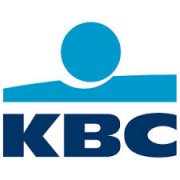 Irish house buyers being charged much higher interest rates than others in europe...

State-funded grants for First-time Buyers under Labour.
Scroll to top