New figures from the banks show that 240 people switched their mortgage from one lender to another in the April to June period.

This is up from 108 in the same period last year, according to the Banking and Payments Federation.

Goodbody Stockbrokers noted that switching is now at the highest level in four years, but it still only represents approximately 4pc of total lending volumes.

Founder of the Askabout.com website Brendan Burgess said it was likely homeowners were waiting to see if variable rates will fall further before making any moves to switch.

Help needed for those on sky-high variable mortgage rates. 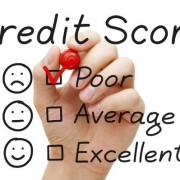 Subprime Borrowers -Four Times More Likely To Be In Arrears

Having children now comes before buying a home
Scroll to top